South Texas College of Law Houston’s (STCL Houston) new president and dean, Michael F. Barry, recently addressed the more than 300 students in the law school’s fall 1L class at orientation, providing them with both encouragement and honest feedback on the rigors of law school.

He educated the students by telling them they are not just preparing for a job, but for a profession — and their legal careers begin on their first day of law school. He underscored the differences between undergraduate work and law school, and reiterated that law school would teach them new ways to think, debate, read, write, and analyze. With this new way of learning comes a new set of habits, expectations, and responsibilities. Barry noted that preparation and persistence are two key traits that will help the students excel in law school.

He shared that STCL Houston professors — many of whom have practiced and taught for 30 years — still prepare approximately two hours for every hour they spend with students in the classroom. Barry told the students that they, too, must commit to studying 35 to 40 — even 50 — hours a week to master classroom material.

Barry, who joined STCL Houston this month after serving four years as assistant dean at St. Mary’s School of Law in San Antonio, has extensively studied the qualities that enable students to succeed in law school, on the bar exam, and in practice. The program he designed at St. Mary’s Law — titled “Law Success” — was built upon these foundational traits of character and professionalism, which he plans to incorporate at South Texas Law.

To assist students in this endeavor, Barry presented a 1L Matriculation Commitment, composed of ten key points, that he asked the new students to sign at orientation. He advised the students that committing to and following the ten guidelines would help ensure their successful tenure during law school. He emphasized to the students that they were making a commitment to him, to each other, to their families, to their future clients — and most importantly, to themselves — that they would give their best effort as a law student. The ten points include:

Barry concluded his address to the new 1L students by sharing one of his favorite quotes from the famous American long-distance runner, Steve Prefontaine. He said, “To give anything less than your best is to sacrifice the gift.”

He highlighted the gift they had been given with their admission to STCL Houston and reminded the students of the many resources and support they can expect from the school’s professors, administration, staff, and alumni. 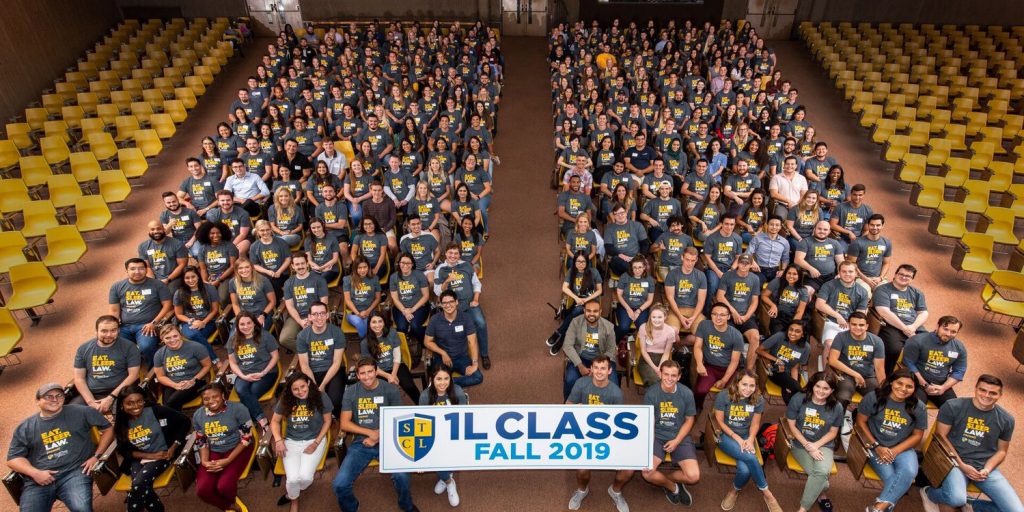