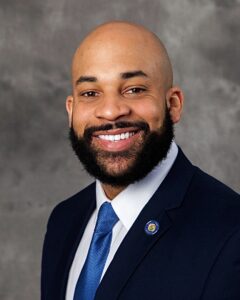 Eric B. Williams II, who will be recognized Saturday as the first Black valedictorian of South Texas College of Law Houston, will present the student address during the 11 a.m. Commencement ceremony at the George. R. Brown Convention Center.

Williams is one of 241 spring/summer 2022 graduates of STCL Houston. He was the first Black male to serve as editor-in-chief of the South Texas Law Review, the only honoree from a Texas law school named a 2022 National Jurist Law Student of the Year, a Presidential Fellow, a Langdell Scholar and STCL Houston’s 2021-22 Outstanding Male Student. He completed multiple judicial internships while in school.

Williams will begin as an associate with Foley & Lardner this fall, and he will serve as a clerk for Judge Jennifer Walker Elrod, U.S. Court of Appeals, Fifth Circuit, in 2024.

“I am extremely proud of Eric Williams — of the success he has achieved and of the leadership he has demonstrated during his three years at South Texas,” said President and Dean Michael F. Barry. “I am equally proud of the resilience, dedication, and tenacity all our South Texas graduates have shown during the pandemic. Despite unprecedented challenges, these graduates excelled in their legal studies and are prepared to serve their clients and the legal profession with distinction. As they join some 16,000 STCL Houston alumni who lead and serve across Texas and around the country, I look forward to all they will accomplish.” 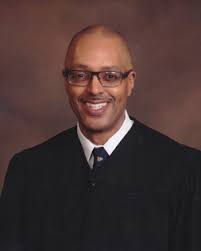 This year’s Commencement speaker is U.S. District Judge George C. Hanks, Jr., who was appointed by President Barack Obama in April 2015. Prior to his appointment, he had served as a U.S. Magistrate Judge, a Justice on the Court of Appeals for the First District of Texas, and as the judge of the 157th District Court in Houston. In private practice, Judge Hanks specialized in complex commercial and medical malpractice litigation.

Here are a few other featured STCL Houston graduates:

Heaven Smith will join the Judge Advocate General’s Corps of the U.S. Army in the fall. This highly coveted position will allow her to fulfill her dream of serving in the military while handling all manner of legal issues. Smith was the 2021-22 president of the Black Law Students Association, coordinated a highly successful BLSA gala, and served as a Langdell Scholar and a member of the Dean’s Advisory Board.

Ethan Szumanski ’21 is the youngest graduate in the 99-year history of the law school. He was homeschooled in Conroe, began his studies at STCL Houston at age 16, graduated in December at age 19 with his J.D. degree, and passed the February Bar Exam at age 20. While in law school, Szumanski was a Presidential Fellow, a Langdell Scholar and a member of the International Legal Honor Society Phi Delta Phi. He also completed multiple judicial internships. Ethan has been hired as an associate with Whitaker Bell, and in 2024, he will clerk for Judge Drew Tipton, U.S. District Judge, Southern District of Texas.