COVID-19 Protocols:
Masks are required on campus when in classrooms, elevators, restrooms, and in confined spaces when more than 5 people are present.
Visit www.stcl.edu/health for more information. 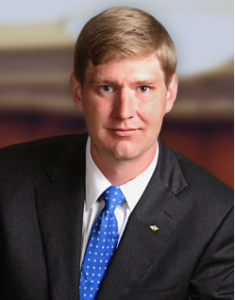 A native Houstonian, Carter has served as general counsel to the state’s legislative committees on General Investigations and Ethics, and the committee on Urban Affairs. He is skilled in civil trial law, personal injury trial law, tax law, and negotiations. He serves as the current president of the Texas Association of District Judges. He is an active Mason and Shriner, and he was honored to serve as a 2008 “Man of Style” benefiting sickle cell research. Carter is a member of the University of Texas Chancellor’s Council, and he is a life member of the Houston Livestock Show and Rodeo, where he serves on the International Committee.

“Judge Carter is a true credit to his profession, our judicial system and our law school,” said Mary-Olga Lovett ’93, senior vice president of Greenberg Traurig LLP and an STCL Houston alumna who nominated Carter for this award. “He has distinguished himself as an exemplary public official and a true, tireless servant leader in his community. That impact has rippled out beyond our own community and throughout our state, solidifying his position as a dynamic, dedicated leader in the finest example of our law school’s bedrock philosophy.”

He is the founder and president of Judges at Work in Schools, a charitable organization dedicated to teaching students of all ages about the judicial system. He also is the founder and president of Join Inc., a nonprofit that brings judges together to address specific community needs. Prior to taking the bench, Carter was a senior litigation associate with the Carter Law Firm, representing publicly held corporate clients, small businesses, and individuals.

In addition to a law degree, Carter earned a bachelor’s degree in government and philosophy from The University of Texas at Austin.