South Texas College of Law Houston/News/STCL Houston Students Win Unprecedented 134th National Advocacy Championship; Law School Has Twice as Many Wins as Any Other School in the Country

STCL Houston Students Win Unprecedented 134th National Advocacy Championship; Law School Has Twice as Many Wins as Any Other School in the Country

STCL Houston has twice as many national advocacy championships as any other law school in the country.

Terry and Gonzalez took first place at the 50th Annual William B. Spong Jr. Memorial Moot Court Competition, sponsored by William & Mary Law School. This year’s virtual, invitational tournament — which expanded to include 50 of the nation’s top advocacy schools from 36 last year — called on students to research and write an appellate brief and defend it before a nine-judge panel in an oral argument.

“The competition was especially fierce this year,” said Gonzalez. “With it being the 50th anniversary of the tournament, every round felt like a final round. The training, practice, and support we received from the school and alumni community really prepared us to rise to the occasion. I could not be more proud of what we accomplished, knowing all the hours Kyle and I put into practice paid off.”

South Texas College of Law Houston is one of only three law schools in the country consistently ranked in the Top 10 for trial advocacy by U.S. News & World Report. In 2019, the University of Houston Law Center’s Blakely Advocacy Institute ranked STCL Houston’s Advocacy program No. 1 in the nation. Additionally, prelaw magazine recognized STCL Houston as having the “Best Moot Court of This Decade” in 2016; and South Texas students have won the American Bar Association National Appellate Advocacy Championship 15 times, more than any other law school in the United States.

“It was an honor to argue before so many reputable judges and a privilege to bring home the 134th win for our school,” said Terry. “South Texas Advocacy has prepared us to argue tough issues for clients and has given us the confidence to argue in a real courtroom before even graduating from law school. We would not have made it this far without the support of the Advocacy program, specifically Rob Galloway and our coaches, Kyrie Cameron and Courtney Carlson.” 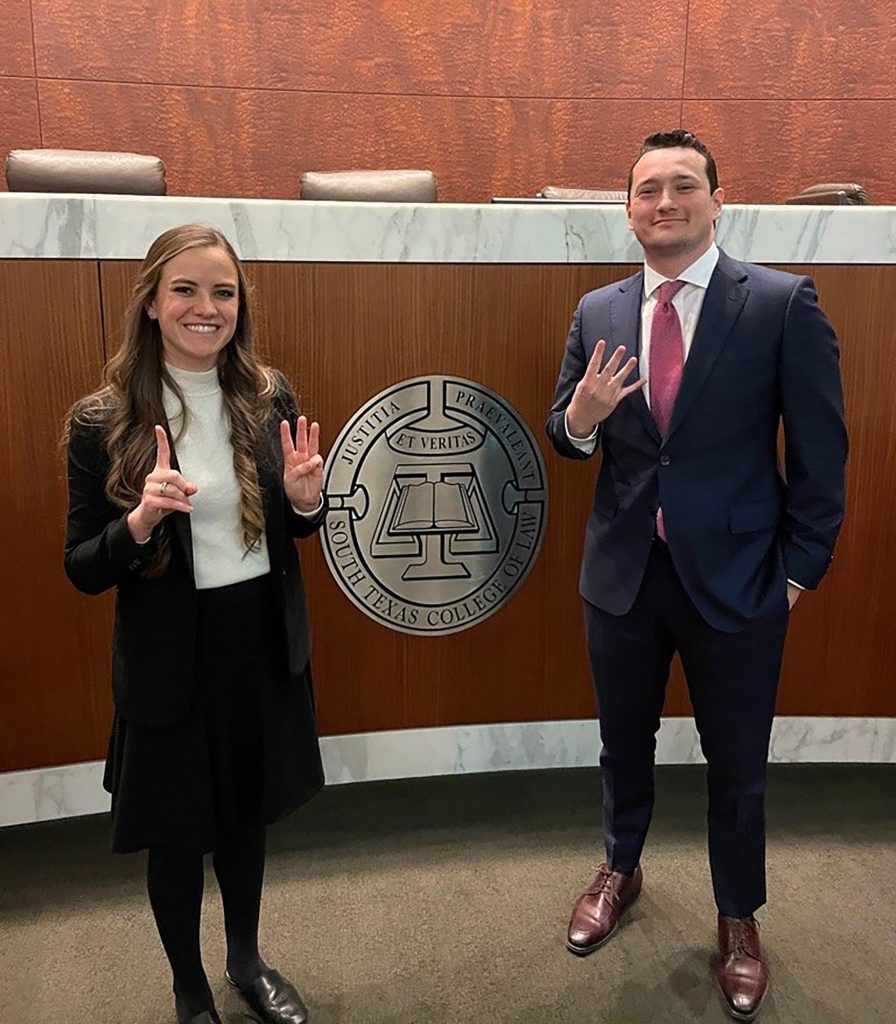