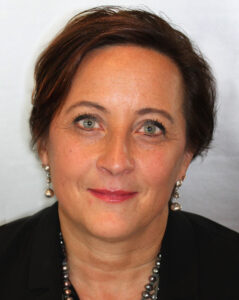 Experienced litigator and military law expert Dru Brenner-Beck will join the South Texas College of Law full-time faculty as an assistant professor of law in fall 2022.

Brenner-Beck has nearly 30 years of practice experience and has worked with STCL Houston’s Actual Innocence Clinic as a pro-bono adjunct professor since 2019. A retired U.S. Army lieutenant colonel and judge advocate, she began her military career as an intelligence officer in 1984.

“Our law school is thrilled to add an attorney and scholar of Dru Brenner-Beck’s caliber to its faculty ranks,” said Michael F. Barry, president and dean of STCL Houston. “Her passion for advocacy is inspiring, and we have seen first-hand her commitment to our students. I look forward to welcoming her to campus next year.”

In her role with the Actual Innocence Clinic, Brenner-Beck has supervised and supported students’ efforts to apply for Army clemency on behalf of 110 African-American soldiers who were wrongly court-martialed, and in some cases executed, in 1917-18. The racial inequities of the military justice system endemic in the prosecutions of the Camp Logan soldiers led to fundamental legal reforms in the Articles of War, including the creation of a military appellate process.

While serving in the Army, Brenner-Beck held various legal roles in the U.S. and abroad, including prosecutor, litigation attorney and chief legal advisor. Before her retirement, she served as deputy legal advisor for the Army Inspector General in Washington, D.C.

In addition to a successful military career, Brenner-Beck spent three years serving as a law clerk for The Honorable Carlos F. Lucero of the Tenth Circuit Court of Appeals. She also has a decade of experience as an independent international law consultant for corporate and governmental clients.

She is a former president and director of the National Institute of Military Justice and has published extensively on military and international law.

Brenner-Beck earned her Juris Doctor from Boston University in 1992, graduating at the top of her class. Prior to that, she completed her bachelor’s degree in international and developmental economics at Georgetown University. In 1997, she received a Master of Law with honors from the military law program at The Judge Advocate General School in Charlottesville, Va.