Houston attorney Alexander A. Kuiper ’13 has established an endowed distinguished professorship of national security law at South Texas College of Law Houston (STCL Houston) in anticipation of the law school’s centennial year in 2023.

With a substantial gift, Kuiper and his wife, Hillary, established the Gary A. Kuiper Distinguished Professorship of National Security Law in honor of his late father. The professorship is designed to support a noted law professor whose scholarship focuses on national security. On behalf of the faculty, South Texas President and Dean Michael F. Barry awarded the professorship to Professor Geoffrey S. Corn, a nationally and internationally recognized expert in national security law and the international law of armed conflict.

Following the example of his father, Gary A. Kuiper — a U.S. Army veteran who served his country in the Vietnam War — Alex Kuiper enlisted in the Marines immediately following the terrorist attacks of 9/11. During his years in the Corps, Kuiper deployed to Iraq and participated in the battle of Fallujah.

Gary A. Kuiper adopted Alex at age 5, along with his brothers, when he married Alex’s mother, Galena. Alex — like his father who attended law school after serving in the military — notes he has followed the wise lead of his dad in all aspects of life. His father’s example continues to influence Kuiper as an attorney, husband, father of daughters Elizabeth and Margaret, and citizen; and Kuiper credits much of his remarkable success to that influence.

“We lived the wonderful life we had because of my dad,” said Kuiper. “His life continues to have an impact on me every day. He was a great legal mind and the smartest man I’ve ever known. With this gift to STCL Houston, I hope to honor my father’s legacy and keep his memory alive.

“I also wanted to establish an endowed faculty professorship at STCL Houston to enable a talented faculty member to continue to perform critical research and teaching in the field of national security law. Professor Corn continues to be an important mentor to me, both professionally and personally. I’m pleased the law school has honored him with this professorship.”

Corn — a retired U.S. Army lieutenant colonel — enjoyed a 22-year military career, including service as an intelligence officer, prosecutor, regional public defender, chief of international law for U.S. Army Europe, and the Army’s senior law of war expert advisor. Since joining the South Texas faculty in 2005, Corn has published more than 60 scholarly articles, co-authored texts on national security and international law, and has been granted the Faculty Excellence Award every year since 2006.

“It is genuinely difficult for me to express how meaningful this remarkable expression of support for our law school and for my field of practice and scholarship is,” said Corn. “The fact that the bond of military service connects me both to Alex and to his father makes this all the more meaningful. Alex is a role model of the type of honorable, determined, and successful graduates our law school aspires to produce. It is my hope that his example — both of success in transactional practice and of generosity — will serve as an inspiration for students and other alumni whose support is so central to fulfilling the school’s legacy as we move into our second century of legal education and service to our community.”

Kuiper is managing partner of the Kuiper Law Firm, PLLC, a highly respected oil and gas boutique law firm in Houston. He practices oil and gas, employment, and bankruptcy law. Kuiper also acts as outside counsel for private equity oil and gas companies and Fortune 500 companies.

Following his time in the Army, Gary A. Kuiper earned a bachelor’s degree from Calvin College and a J.D. from Georgetown University Law Center. To help support himself through law school, Gary worked at a halfway house for individuals recently released from prison. After law school, Gary clerked for U.S. District Judge Wendell Miles and Magistrate Judge Hugh W. Brennemanin, of both of whom he was very fond. Gary then moved to Houston to become an assistant to Special Master Vincent Nathan in the supervision of the Texas prison system. He later served as a bankruptcy lawyer for Resolution Trust Corporation and then transitioned to the Federal Deposit Insurance Corporation (FDIC), where he worked as legal counsel for nearly 30 years in Washington, D.C.

During his time in the Army in the 1960s, Gary guarded German Nazi leader Rudolph Hess in Spandau prison in Germany, where he served the life sentence handed down by the Nuremburg International Military Tribunal.

With this gift, Kuiper hopes to inspire his fellow alumni to give back to their alma mater. “I think it’s important to give back when you are in a position to do so,” said Kuiper. “I believe it is incumbent on successful graduates to support the institutions that have helped them accomplish so much. I see it as a duty — a way of paying forward the time, talents, and efforts that have contributed to our own achievements.”

Barry said, “Alex Kuiper’s generosity and selfless gift to South Texas is a remarkable testament — not only to the legacy of his father, Gary Kuiper, but also to the life- and career-changing impact of his mentor, Professor Geoffrey Corn. Knowing the far-reaching benefits of his gift — both to the school and to future generations of students committed to pursuing national security law — I am grateful that his contribution will help ensure our ability to attract and retain exceptional faculty members.”

Barry also praised Professor Corn: “Professor Geoff Corn is well-deserving of this recognition. He is a most-successful classroom teacher, frequently earning ‘Best Teacher’ accolades from students. Importantly, as well, he has made significant contributions to the field of national security law, and he is called upon both nationally and internationally. STCL Houston is proud to honor him with this professorship.” 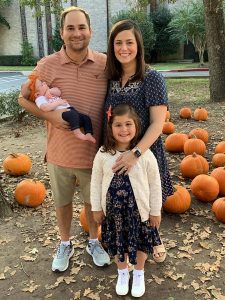 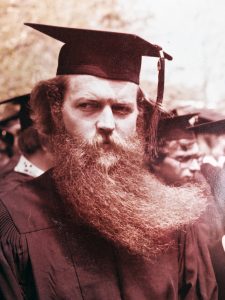 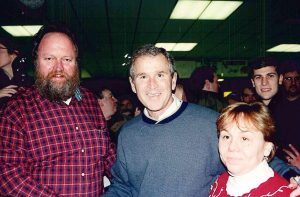 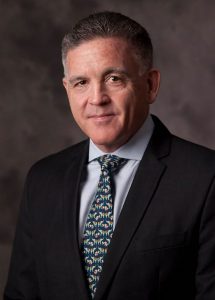