“I’m pleased that Rob Galloway will be leading our exceptional Advocacy program,” said Michael F. Barry, president and dean of STCL Houston. “A pillar of our distinguished program, Rob recently spearheaded a new set of standards applicable to remote Advocacy competitions — all designed to promote fairness, consistency, and clear expectations for advocates in our new virtual world. I thank Rob for his leadership and for ensuring that South Texas College of Law Houston remains a national leader in Advocacy.”

Barry also congratulated Galloway on becoming the first president of the new NALAE organization, noting, “More than 250 Advocacy skills teachers from more than 100 law schools across the nation voted for Rob to lead their burgeoning organization. Their confidence in Rob is a testament not only to his expertise in the field, but also to the credibility he has earned from his peers.”

Galloway joined STCL Houston in 1992 as an adjunct professor, later becoming an assistant professor of Clinical Studies and the associate director of the Advocacy program. Since 2007, he has managed key components of the Advocacy program under the leadership of the law school’s beloved “Coach” T. Gerald Treece, who passed away in July. During his time at STCL Houston, Galloway himself coached teams that won 40 national championships, 44 regional championships, and eight state championships.

“I’m fortunate to have had a 30-year master class in how to run this program effectively,” said Galloway. “Every day for three decades, I spoke to Dean Treece about every aspect of the program. In my last conversation with him, he asked about our teams and how we were going to compete on a computer. Using his trademark phrase, he told me to ‘keep the wagons moving.’”

Galloway shared, “That is exactly what I intend to do. The greatest way I can honor Dean Treece’s memory is to keep our Advocacy wagons moving, and to get our teams ready to compete, even if we are forced to do so online. Coach Treece had an incredible knack for identifying and unlocking the potential in students, which led to incredible opportunities in the practice of law for so many, including me.”

Galloway notes that his goal is to uphold the program’s award-winning traditions and continue to build upon them.

Similarly, Galloway’s goal as the first president of NALAE is to help create an organization that supports those who teach advocacy to law students, elevating skills instruction across the country. He will lead the national advocacy community for two years.

For 30 years, Galloway has been a fixture at national advocacy competitions — both as a team coach and a tournament director. He served on the American Bar Association’s (ABA) Competitions Committee for 13 years and has taught Appellate Advocacy for Baylor Law School’s Academy of the Advocate in St. Andrews, Scotland, every summer since 2013. Galloway has directed the South Texas Mock Trial Challenge since 2003 and has chaired the Moot Court Section of the National Coaches Clinic since 2018.

“Rob Galloway is recognized as a true master in the art of advocacy,” said Kellie Casey, director of Advocacy at the University of Georgia School of Law, who has known Galloway and coached against his teams for two decades. “I am not surprised he was elected as the first NALAE president. Rob is respected in moot court because he coaches more winning teams than anyone I know. And, in the mock trial world, he hosts one of the country’s most competitive mock trial tournaments. Rob inspires all of us to work harder and be better.”

A product of the South Texas Advocacy program, Galloway was a member of the South Texas Law Review and the winning team at the State Moot Court Competition while in law school. He was chair of the Board of Advocates, received the Dean’s Outstanding Advocate Award, and was inducted into the Order of the Barristers, a national honorary society for law school graduates demonstrating outstanding advocacy skills.

Mary-Olga Lovett Warren ’93 — a former STCL Houston Advocacy student and senior vice president at Greenberg Traurig in Houston — said, “Rob Galloway is the epitome of a teacher, a mentor, and a selfless leader. I’ve been privileged to be his friend for 30 years, and he and Dean Treece inalterably shaped the trajectory of my career. It is with great pride that I watch him lead our legendary program. His passion for our school, for the art of advocacy, and for lifting others cannot be overstated.”

Originally from Elsa in the Texas Rio Grande Valley, Galloway serves as a trustee of the Raul Tijerina Jr. Foundation, a nonprofit organization dedicated to improving quality of life for south Texans through scholarships and programs supporting education, literacy, and health in Cameron, Hidalgo, Starr, and Willacy Counties.

Galloway earned a Bachelor of Business Administration degree from Southwestern University in Georgetown and a J.D. from STCL Houston.

Galloway this week said, “The STCL Houston Advocacy program is a family. Generations of South Texas advocates return to provide the training they received. I’m grateful to be able to continue this tradition, and I look forward to working with our students, alumni, faculty, and staff to raise the bar for excellence in advocacy in the years to come.” 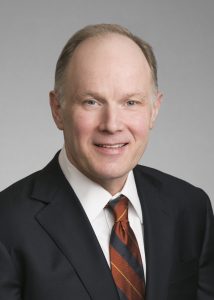