In the wake of the 18th anniversary of the infamous 9/11 attacks on the United States, South Texas College of Law Houston (STCL Houston) student Carson Walker has a unique vantage point — one he recently assumed literally 20 feet from the tragedy’s accused mastermind, Khalid Sheikh Mohammed.

Walker, a third-year law student who plans to pursue criminal prosecution, jumped at the opportunity to witness history after first learning about the U.S. Department of Defense’s call for observers from his criminal procedure professor, Geoffrey S. Corn.

After passing a federal background check and updating his passport, Walker flew from Austin to Washington, D.C., and then to Guantanamo Bay, Cuba. He entered a highly secured environment bordered on one side by the Guantanamo Bay Naval Base and on the other by Cuba — with hundreds of land miles separating each side.

According to Walker, U.S. Marines who provide security for Guantanamo Bay routinely see Russian Navy ships coasting down the canal bordering the base. “My experience at Guantanamo Bay truly felt like it was taken from a spy movie,” he said.

“Eighteen years after the infamous terrorist attacks of Sept. 11, 2001, the government effort to convict senior al-Qaeda operatives of war crimes before the Military Commission in Guantanamo Bay drags on,” said Corn, who himself has appeared as an expert witness at the Military Commission in Guantanamo, the International Criminal Tribunal for the Former Yugoslavia, and in federal court. “It is amazing that a law student from Houston had eyes on the actual pretrial proceedings in our country’s unprecedented case against its most infamous living terrorist. I have high confidence that Carson’s diligence and exceptional character and representation will lay the foundation for other South Texas College of Law Houston students to share in this unique educational experience.”

During his weeklong tenure at the Guantanamo Bay trial — housed in a 50-by-50-foot prefabricated metal shed — Walker sat behind a glass partition with six other public observers and 10 family members of 9/11 victims.

“I will never forget the incredible opportunity I enjoyed experiencing one of our nation’s most prominent trials firsthand,” said Walker. “Watching the five defendants in real-time — all dressed in camouflage attire as if they had just been captured from the battlefield — was equally surreal and educational. I am so grateful to Professor Corn, South Texas College of Law Houston, and NIMJ for this once-in-a-lifetime opportunity.”

Joining Walker as an observer in Guantanamo Bay were a Brazilian judge, a Los Angeles attorney, a representative from the New York City Bar Association, an undergraduate student representing Human Rights Now, and law students from Georgetown University Law Center and the Moritz College of Law at The Ohio State University. Walker also sat beside reporters from The New York Times and other preeminent national publications.

“The primary goal of the National Institute of Military Justice in bringing observers to these pretrial motions is to expose them to the by-the-book, operationally accurate procedures of the Military Commission at Guantanamo Bay,” said Walker. “Because there is no precedent for this trial, prosecutors are adamant about ensuring that all operations are procedurally correct — thereby negating the chance of post-trial appeals.”

Many logistical problems facing prosecutors — including the lack of space to house witnesses and jurors, and the need to secure 12 unbiased U.S. military officers as jurors — are as of yet unsolved.

“The United States government recently indicated it would be prepared to begin the trial by the end of September 2020, and the judge set that trial date,” said Walker. “But, like so many times previously, delays seem to have overtaken the effort to finalize an actual trial date.

“I have concerns about whether this case will ever make it to trial,” said Walker. “Several top litigators in our military’s JAG Corps have devoted their entire careers to trying this case. Eighteen years after the 9/11 attacks and seven years after the defendants’ formal arraignment, the resolution of U.S. v. Khalid Sheikh Mohammad remains uncertain. Regardless, I’ll always appreciate the chance I got to witness history — a stone’s throw from our country’s most infamous adversary.” 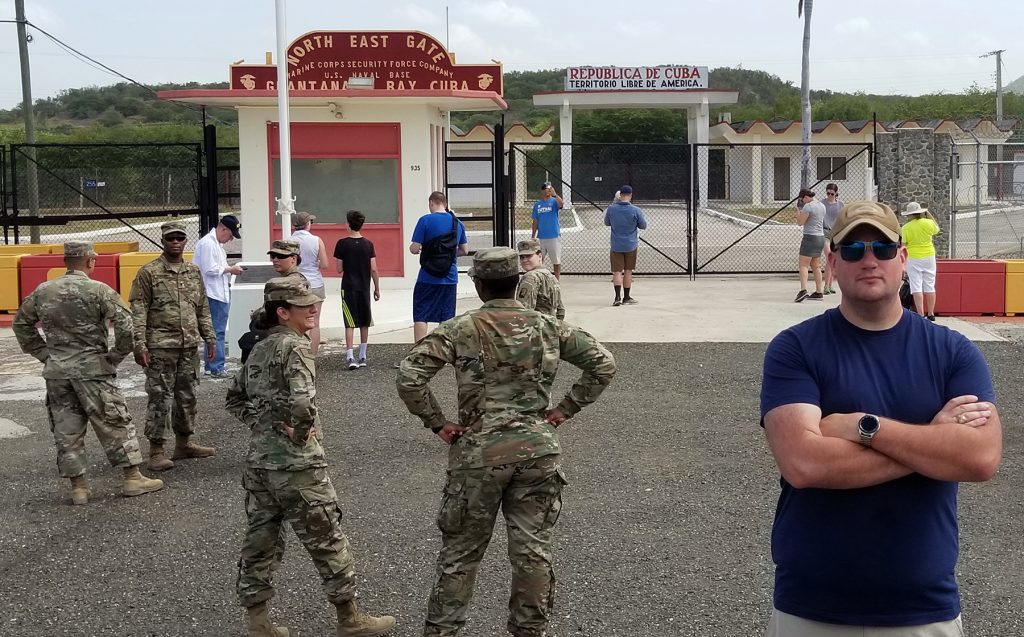 Carson Walker, a third-year law student at South Texas College of Law Houston, stands at the North East Gate at the U.S. Naval Base in Guantanamo Bay, Cuba. As a representative of the National Institute of Military Justice, Walker observed pretrial motion litigation in U.S. v. Khalid Sheikh Mohammad. 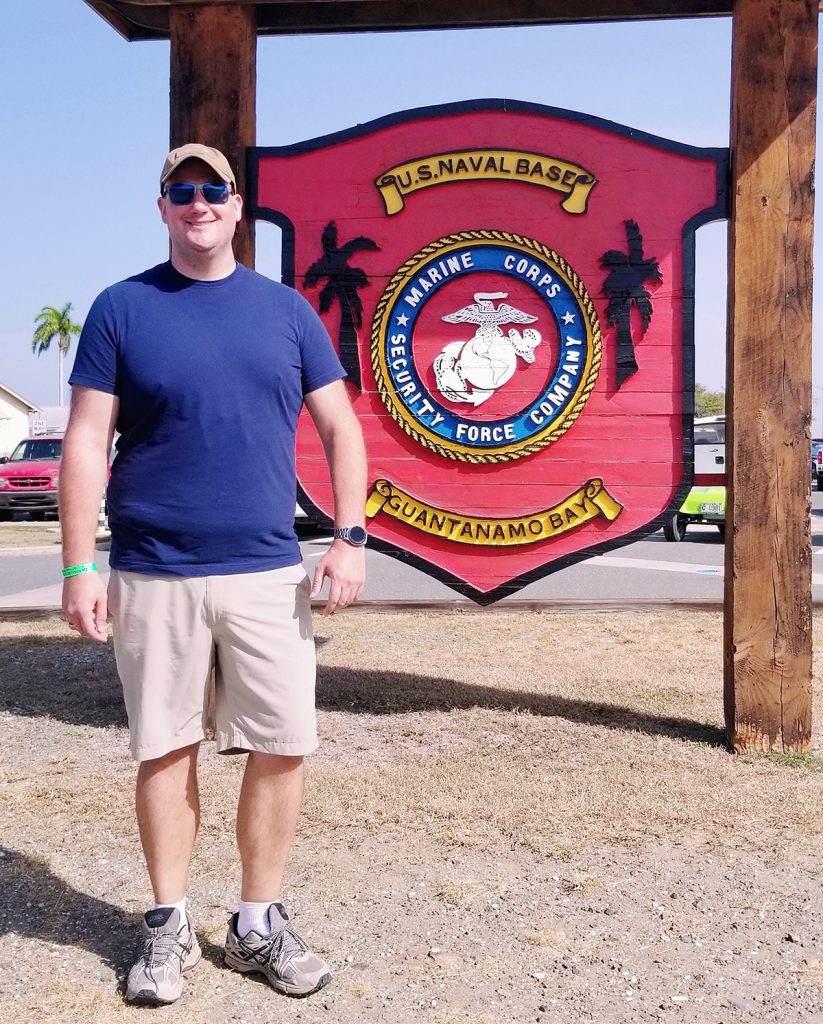