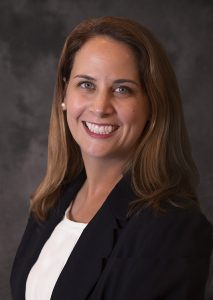 Prior to her role at Texas Children’s, she oversaw fundraising efforts for Breakthrough Houston and worked in political fundraising in Washington, D.C.

“As a 2007 graduate of the law school and a longtime member of its Alumni Association board of directors, I’m thrilled to be returning to South Texas College of Law Houston in this role,” said Douglas. “South Texas provided me with an excellent, practical education, lifelong friends, and a deep respect for the legal field. I am excited about all the opportunities presented by the law school’s upcoming centennial anniversary in 2023, and can’t wait to start telling the story of the important work being done here.”

“As an alumna of our law school, Darcy shares our passion for fulfilling South Texas College of Law Houston’s mission, and she understands our pride in being a school of opportunity and of excellence,” said Michael F. Barry, president and dean of STCL Houston. “This, combined with her extensive experience leading successful philanthropy teams and fundraising initiatives, makes her uniquely qualified for this critical role at STCL Houston.”

Prior to her tenure at Texas Children’s Hospital, Douglas was director of Development at Breakthrough Houston; and development associate at Alliance for Justice, and major gifts coordinator at EMILY’s List, both in Washington, D.C.

Douglas earned a law degree from South Texas College of Law Houston in 2007, and a Bachelor of Science degree in communication studies at the University of Texas at Austin in 2000.