Alexa Moores and Tyler Allen earned the top prize at the Fifth Annual National Appellate Advocacy Tournament for Religious Freedom, sponsored by the University of Notre Dame Law School, on Sunday. The winning students bested a team from Regent University School of Law in the final round to claim the championship.

With this win, STCL Houston extends its dominance in advocacy competition, enjoying twice as many national titles as any other law school in the country.

STCL Houston alumnus Robert Galloway ’91, associate director of Advocacy at STCL Houston, coached the winning team prior to the tournament.

“It was an incredible opportunity to argue in front of judges from five different circuit courts in the final round, and the fact that we were able to get the win with a very tough panel made this significantly special,” said Allen. “It has been an absolute pleasure to represent South Texas through the moot court program, and this win wouldn’t have been possible without the advice and support of Rob Galloway, as well as the expertise of Professor Blackman. I also was lucky to work with Alexa on this, who is an extremely sharp and talented advocate. I’m very happy our long hours of practice paid off.”

The tournament’s problem involved a free exercise challenge brought by a religious school against a state anti-discrimination statute.

“Getting the chance to compete and win a national moot court championship for the South Texas Advocacy program is an experience I won’t soon forget,” said Moores. “I had the best teammate in Tyler Allen, who was supportive throughout the whole tournament, and Rob Galloway also was extremely helpful in his legal insight and advice. I couldn’t have done this without their encouragement and support.”

South Texas College of Law Houston is one of only three law schools in the country consistently ranked in the Top 10 for trial advocacy by U.S. News & World Report. In 2019, the University of Houston Law Center’s Blakely Advocacy Institute ranked STCL Houston’s Advocacy program No. 1 in the nation. Additionally, prelaw Magazine recognized STCL Houston as having the “Best Moot Court of This Decade” in 2016; and South Texas students have won the American Bar Association National Appellate Advocacy Championship 15 times, more than any other law school in the United States. 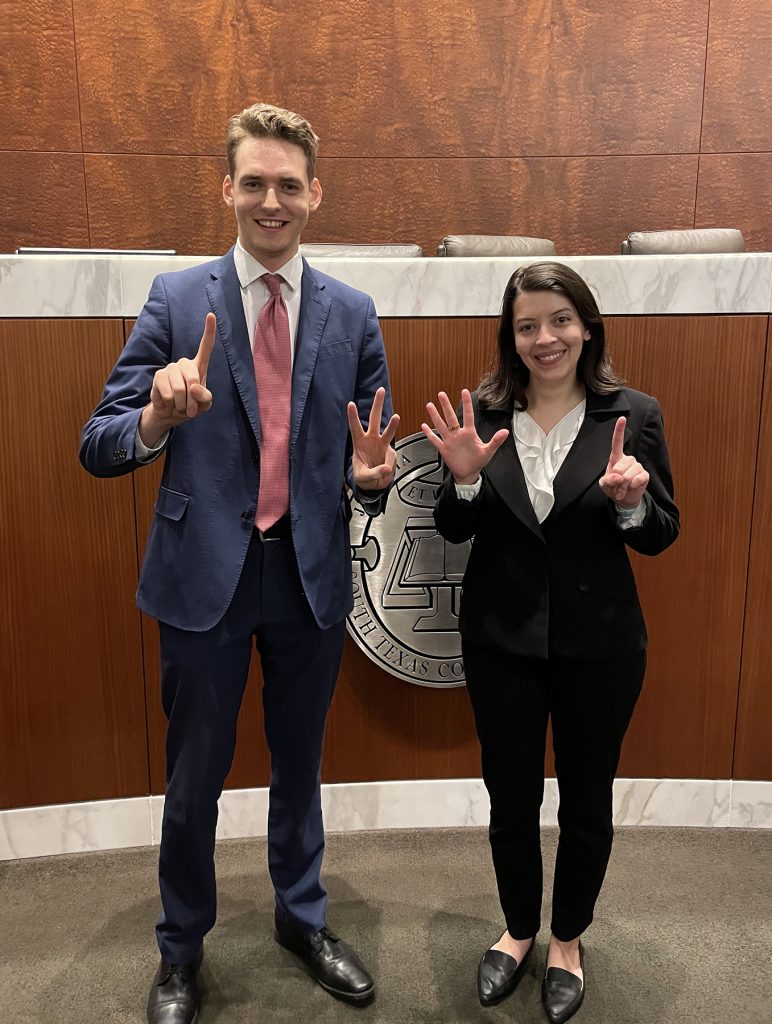