The Honorable Jim F. Kovach, judge of Harris County Civil Court at Law No. 2 — the court over which Chang presided from 2012 to 2018 — served as emcee of the ceremony and lauded the excellent manner in which Chang managed her courtroom.

Likewise, South Texas Law alumnus and board member Randall O. Sorrels ’87 recognized Chang for her leadership and shared how they first met while serving on the board of directors for the State Bar of Texas. Sorrels, current president of the State Bar of Texas, referred to Chang as a “community pillar for Houston who gives her time, treasures, and talent to her law school” and the people of Houston. He noted her “servant’s heart and desire to give to others,” and expressed his “congratulations on behalf of the 105,000 lawyers and members of the State Bar of Texas.”

The Honorable Mike Stafford, former Harris County attorney and senior counsel of Husch Blackwell, also addressed attendees, sharing how Chang “remained unflappably calm in the courtroom, yet was not afraid to innovate,” and he applauded her great judicial temperament. He highlighted, “At the end of the day, when she ruled, you knew it was fair.”

George R. Murphy, partner at Vinson & Elkins, told the audience that Chang was remarkably good at what she did and always presided over a well-run courtroom. He shared several qualities that comprise an excellent judge, all of which Chang possesses. “When you walked in her courtroom, you knew she would be fair. Judge Chang was always prepared, knowing the cases and issues inside and out. She was very considerate, deliberate, and patient. You could tell she enjoyed the service of being a judge.” He concluded his remarks, sharing, “Judge Chang, you were exceptional. [What you did] mattered, was noticed, and was appreciated.”

Father Donald S. Nesti, professor emeritus of the Nesti Center for Faith and Culture at the University of St. Thomas, and Edmond Gor, former national president of the Chinese American Citizens Alliance, also participated in the honorary ceremony.

Michael F. Barry, president and dean of South Texas College of Law Houston, provided the adjournment following the unveiling of her portrait, which will hang in the Harris County Civil Justice Center.

He noted, “It is my honor to join my voice with many others today in recognizing Judge Chang for her exceptional accomplishments and contributions to the field of law. Today, her portrait joins those of other legal scholars and trailblazing judges who have made their marks in courtrooms throughout this building and city.

“But I’m particularly pleased that Judge Chang recognizes it’s not the portrait itself that is important — rather, it’s the commitment to justice, the hard work on behalf of the community, and the dedication to the rule of law that this portrait represents. While the individuals who fight for and uphold the law invariably will come and go, the law itself is eternal. It is the work we do for justice that ultimately stands the test of time.

“As president and dean of South Texas College of Law Houston, I — like Judge Chang, a South Texas Law alumna and board member — stand committed to ensuring that future students and future practitioners of the law also understand the preeminent importance of service. I’m proud to be here on this day to recognize one of our graduates who so admirably embodies that commitment.

“Judge Chang, you are a true role model and leader in the pursuit of justice. Our students, law school, and community are better because of your influence and example.”

For her prolific civic and community service, Chang recently received the prestigious ABC13 Woman of Distinction award, an honor for which she was recognized at the Winter Ball of the Houston Gulf Coast/South Texas Chapter of the Crohn’s & Colitis Foundation.

In 2017, the Houston Bar Association’s judicial poll rated Chang as top judge of the Harris County Civil Courts. She also was named to Houston Woman Magazine’s “50 Most Influential Women in Houston” in 2010, and to “Women on the Move” by Texas Executive Women in 2005.

Chang tried hundreds of bench and jury trials during her legal career, and served on the board of directors for the Asian American Bar Association and the Commission for Lawyer Discipline of the State Bar of Texas.

In addition to a law degree, Chang also earned a Master of Science degree in chemical engineering. 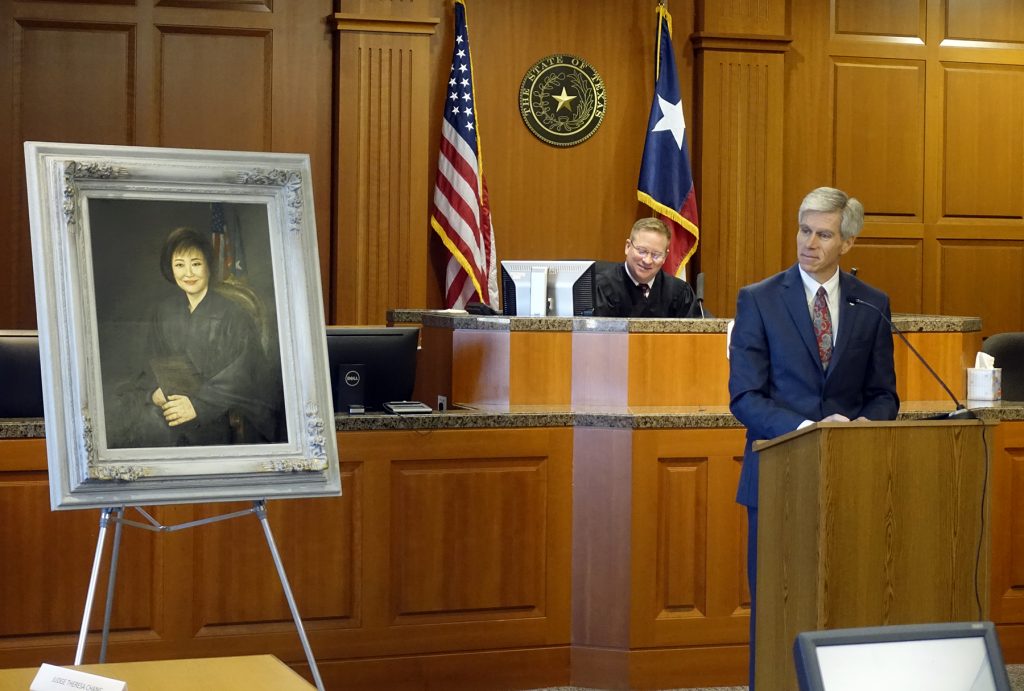 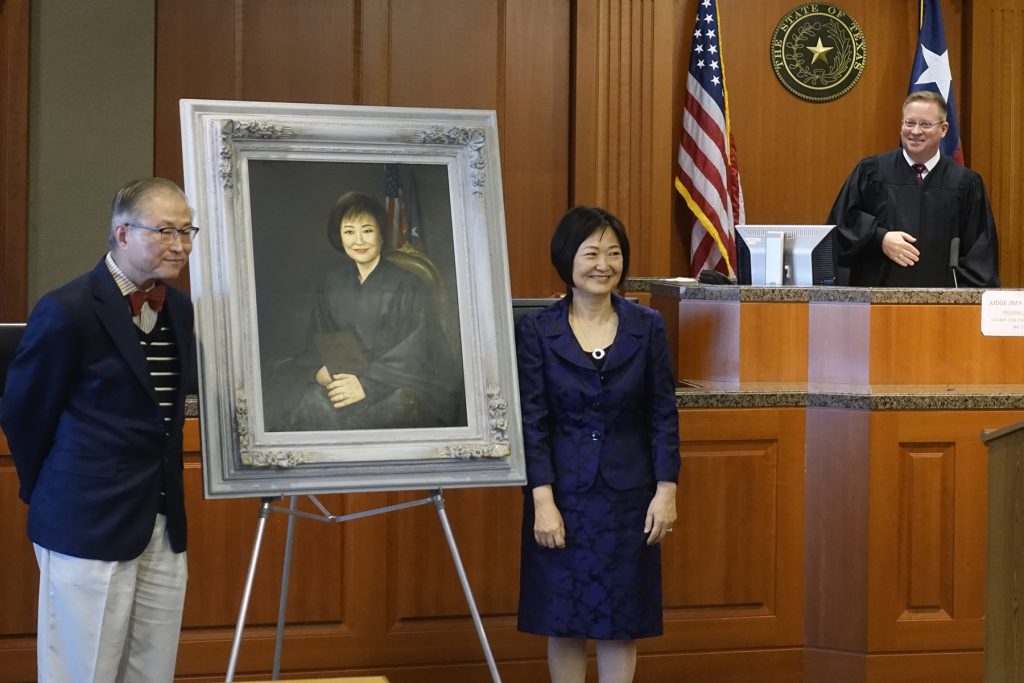 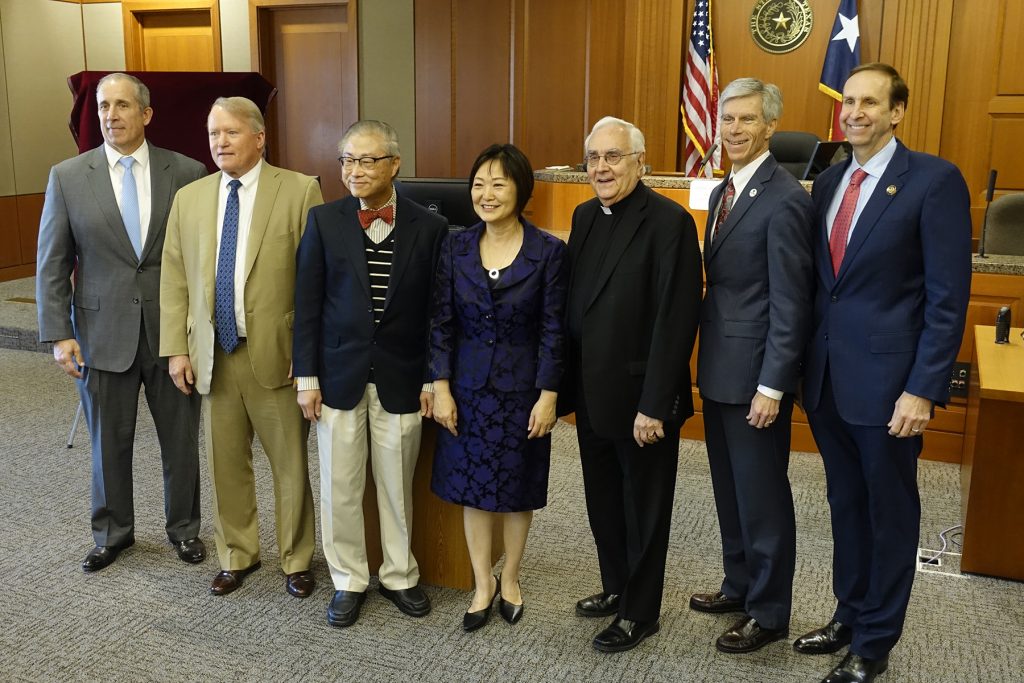