The building will be open today, Sept. 23, from noon until midnight. However, all classes, staff operations, and student services will remain online for the entire day. Normal operations and schedules will resume tomorrow, Thursday, September 24.

Above all, stay safe today and travel cautiously.

For the eighth year in a row, South Texas Law earned the honor of “largest academic donor” to this holiday food drive for the Houston Food Bank.

“The amount reflected on this check was not a one-time donation,” said Joseph. “It was a collective effort by students, professors, and our local community. This amount reflects bake sales, Facebook fundraisers, restaurant profit-shares, students donating their own money, and more. This important food drive gave us an opportunity to serve our Houston community and help those in need this holiday season, and for that I am grateful.”

South Texas Law has partnered with ABC13 on its holiday food drive benefiting the Houston Food Bank for more than two decades. Last year, the school’s SBA food drive raised nearly $17,000 to put food on the tables of hungry residents of Houston.

“We are continually touched by the kindness and generosity of our fellow Houstonians, from individuals to companies to schools,” said Houston Food Bank President and CEO Brian Greene. “Today’s donation from South Texas College of Law Houston will have a direct impact upon people’s lives in our community, and will not only help to fill their plates during the holiday season, but nourish their souls as well. We thank the students and staff for sharing their holidays with this very generous donation.”

While much of the student body participated in the campus-wide drive, South Texas faculty also played a large role in encouraging donations for hungry Houston-area families. Many professors offered first-year students incentives for their contributions, including extra study sessions for upcoming exams, in addition to matching their students’ financial donations to the drive.

“We could not have raised this money without the team effort and school-wide support we received from professors, students, staff, and alumni at South Texas College of Law Houston,” said Watson. “This significant initiative is a chance for us to give back to the Houston community where many of us hope to begin our legal careers.”

While the school has welcomed both food and financial donations in past years, this year Watson and Joseph — in addition to SBA President Erin Jensen — encouraged the student body to focus their efforts on monetary contributions, since the Houston Food Bank can leverage its vendor relationships to make $1 stretch into three meals.

“Participating in this community-wide initiative to benefit the Houston Food Bank is an honored tradition at South Texas College of Law Houston,” said Jensen. “I am incredibly grateful for the continued support these fundraising efforts receive from so many in the South Texas family.” 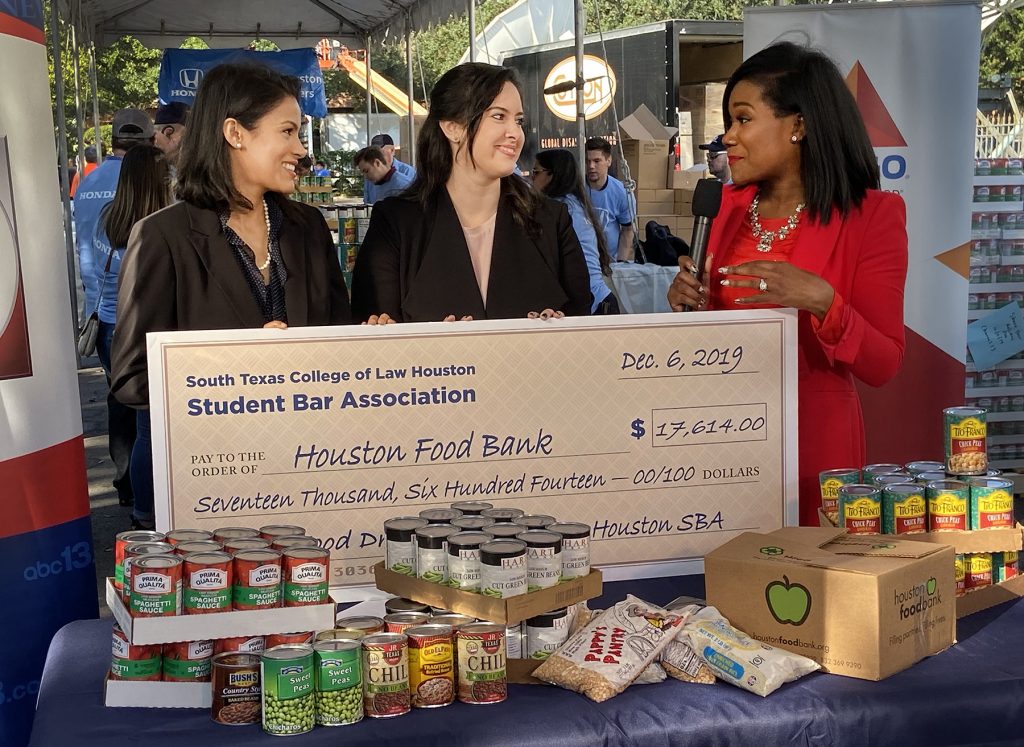 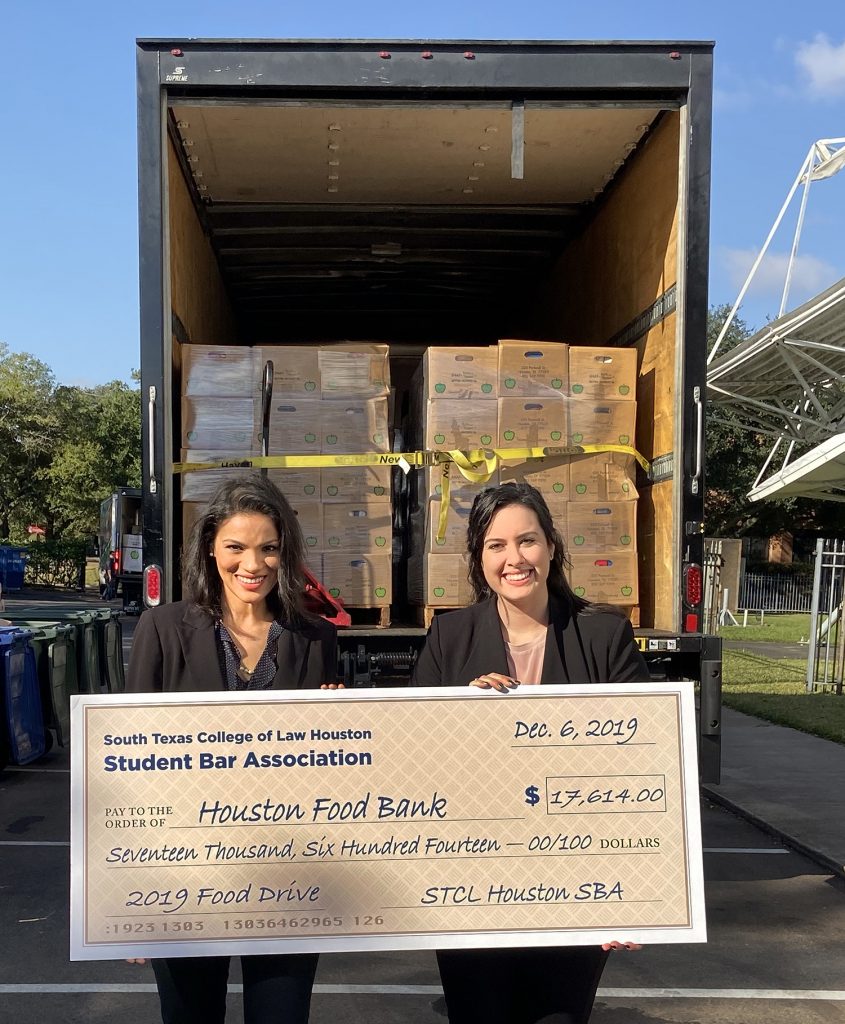 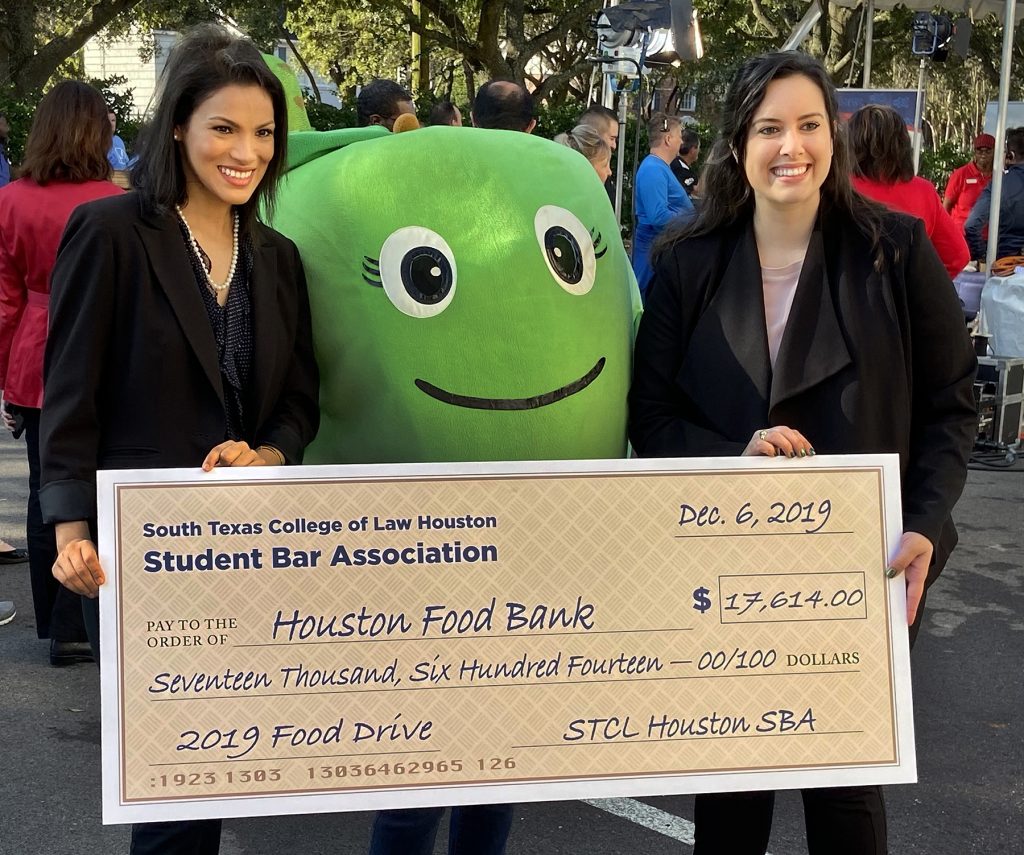