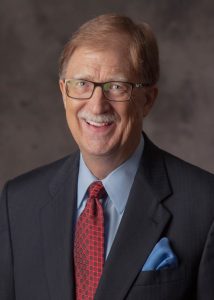 W. David East has been a professor at South Texas College of Law Houston since 1981. He teaches and writes in the commercial law (Uniform Commercial Code) areas of Payment Systems, Bank Collections and Deposits, Letters of Credit, Secured Transactions in Personal Property, and Sales of Goods. He has also taught Bankruptcy, Commercial Law and Human Rights, Consumer Transactions, Property, and Transaction Skills. During 1987-1990 Professor East was Associate Dean for Academic Affairs at South Texas College of Law Houston, returning to full-time teaching in 1990.

In 1998-1999 he began developing and teaching problem model courses in Transaction Skills and is now the Director of the Transactional Practice Center at South Texas College of Law Houston. He holds a Juris Doctor from Baylor University and an LL.M. from The George Washington University in Washington, D.C. He is a member of the American Bar Association’s Section of Business Law. In addition, he was the Chair of the Business Law Section of the State Bar of Texas for 2001-2002 and also was appointed Chair of the Council of Chairs Committee of the State Bar of Texas for 2001-2002. In June 2003 Professor East was appointed as a Section Representative to the Board of Directors of the State Bar of Texas; that appointment continued through June 2006.