This is the only competition of its kind in Texas.

Competition judges, comprised of STCL Houston faculty, deans, practitioners, judges, students, and alumni, heard the high school students’ arguments and provided them with feedback on ways to improve their cases.

The Honorable Ruby Kless Sondock, the first female justice to serve on the Texas Supreme Court; and the Honorable Gregg Costa, judge of the U.S. Court of Appeals for the Fifth Circuit, judged the final round and encouraged the students following the competition.

The young students’ journey to this national stage began early last fall, when they chose to enroll in a constitutional law and juvenile justice course taught exclusively by STCL Houston students at their high school.

“The importance of teaching young students constitutional literacy is based on the premise that these high school students will forever benefit from understanding the rights and responsibilities they hold under the U.S. Constitution,” said Sharon Finegan, professor of law at STCL Houston. “Marry that with the belief that law students are an untapped resource whose own skills can be developed by teaching others within their community, and you have an incredible opportunity for all involved.”

According to Finegan, who established Texas’ first — and only — Marshall-Brennan chapter at STCL Houston in 2015, eight law students were chosen out of a pool of approximately 15 applicants based on their experience, enthusiasm, and dedication to making the significant time commitment required to serve as Marshall-Brennan teaching fellows.

Further mining the resources of the legal community, the Clinic was created in partnership with Tommer Yoked, a former Teach for America participant and partner at the Sidley law firm in Houston. Sidley sponsored the program and purchased all textbooks for the high school students.

“This program was exceptionally transformative for the high school students who participated,” said Lewis, a second-year law student and Marshall-Brennan teaching fellow at STCL Houston. “Students went from struggling to identify the material facts in a case to composing sound and persuasive arguments as advocates. The students exhibited tremendous growth and navigated complex constitutional issues with poise, grace, and commitment to their work. The Marshall-Brennan Clinic is a unique opportunity for students to not only improve their constitutional literacy, but also find encouragement that they can achieve anything they desire with a little bit of hard work.” 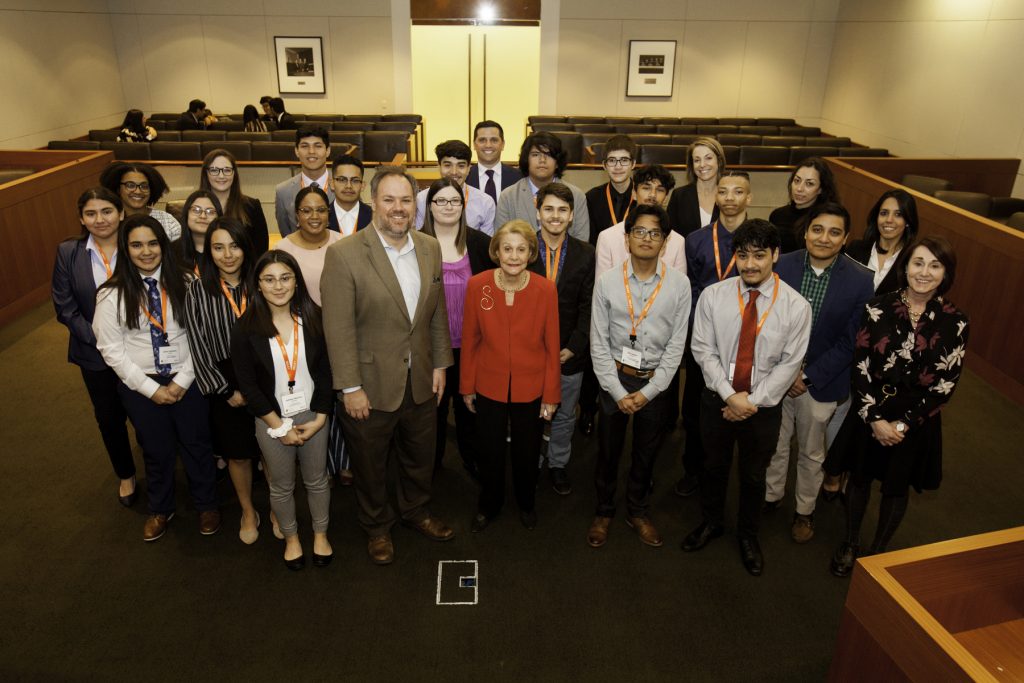 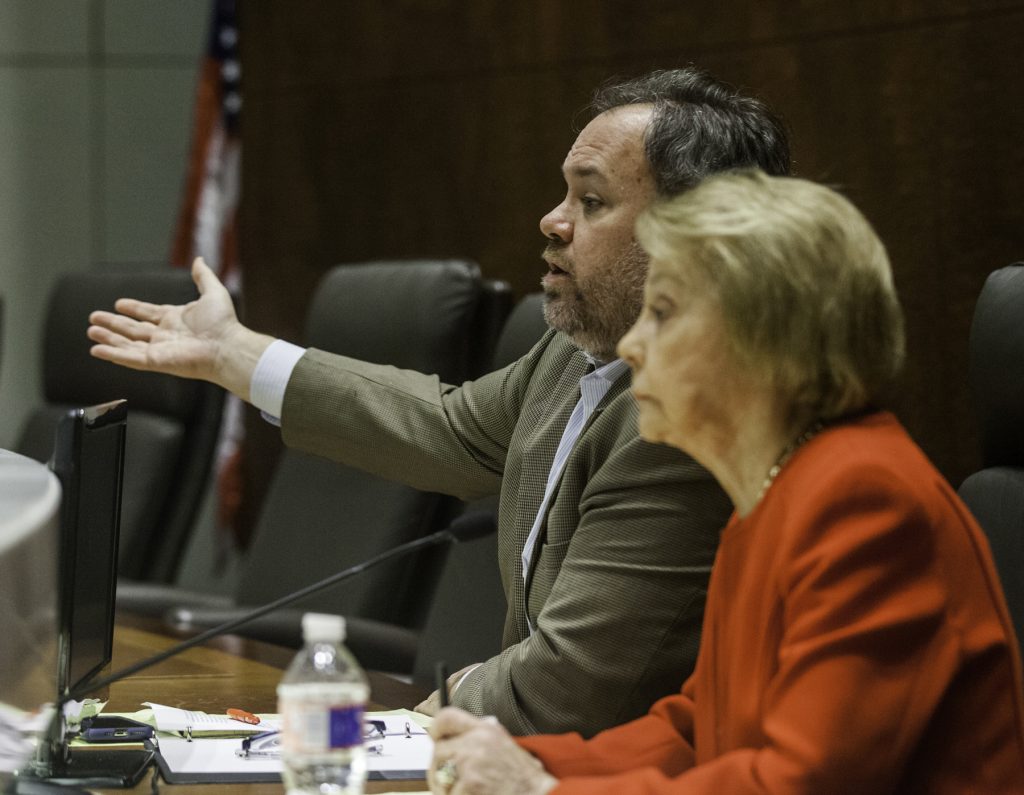 The Honorable Gregg Costa, judge of the U.S. Court of Appeals for the Fifth Circuit; and the Honorable Ruby K. Sondock, the first female justice of the Texas Supreme Court, listen to oral arguments made by high school students from YES Prep West Campus in the fifth-annual Marshall-Brennan Moot Court Competition at South Texas College of Law Houston. At the conclusion of the competition, Costa and Sondock provided an assessment of the students’ performance and encouraged their continued education and interest in the legal field. 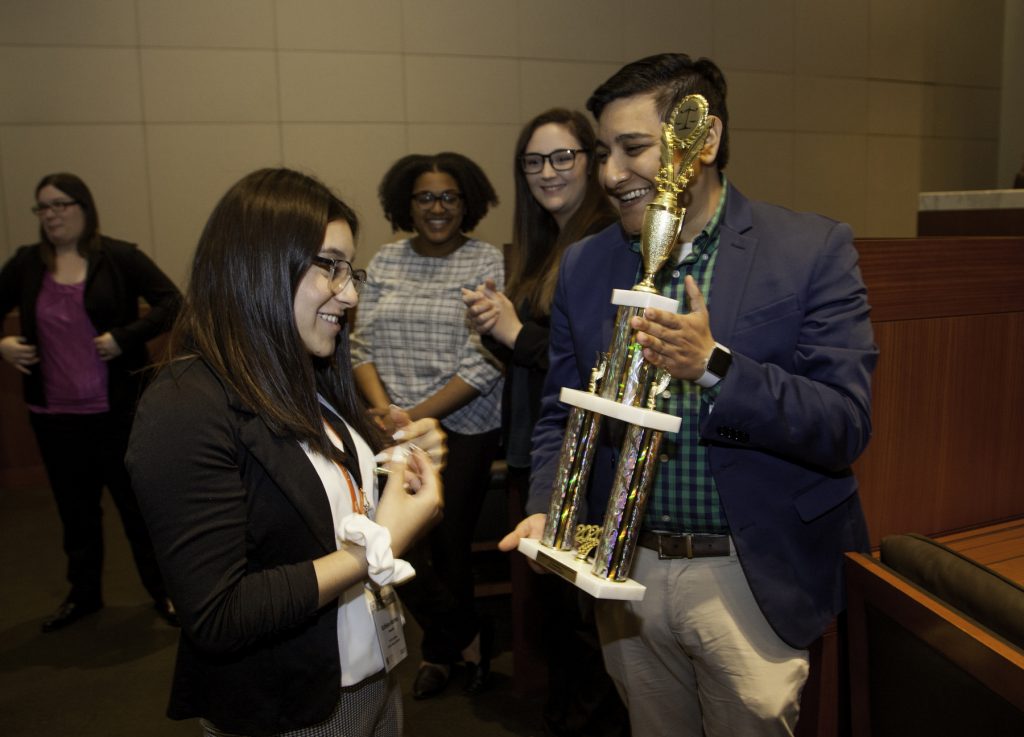