“I couldn’t be more proud of our exceptional advocacy teams and the staff, faculty, and alumni coaches who help prepare them,” said Donald J. Guter, South Texas College of Law Houston president and dean. “There are many schools that go years without a single win, and just look at the number and variety of advocacy competition wins – both team and individual – South Texas earned in a single weekend. Congratulations to all for a job well done.”

“I’m very proud of our student advocates whenever and wherever they compete,” said Treece, STCL Houston Advocacy Program director and associate dean. “Our dedicated advocates put their blood, sweat, and tears into preparing for these championships and they deserve all the recognition they receive. Most importantly, by putting in the time and energy to prepare for tournaments, these students develop an outstanding set of persuasive legal skills that will set them apart in a courtroom following graduation.” 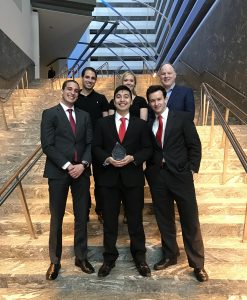 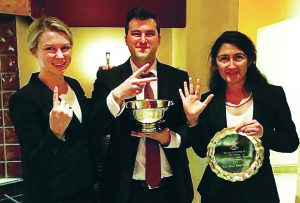 STCL Houston students Stephanie Bryant, Randall Towns, and Niloufar Hafizi stand with their trophies after winning the school’s 125th national advocacy title at the National Constitutional Law Moot Court Competition at the William & Mary Law School in Williamsburg, Va. over the weekend. No other law school in the country can claim half as many wins. 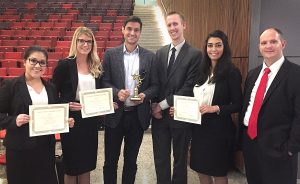