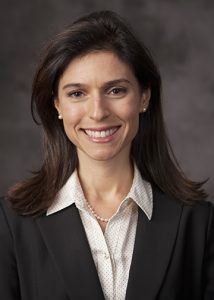 In 2020, Berman received a Teacher of the Year award from the Association of American Law Schools for her contributions as a professor of clinical studies at STCL Houston. Recently, her excellence in teaching and success as director of the nationally recognized Alternative Dispute Resolution Program culminated in a grant of tenure and promotion to full professor of law.

Berman, the daughter of a law professor, describes her own path to her STCL law professor role as “non-traditional.”

After completing her undergraduate education at Georgetown University, she attended American University’s Washington College of Law, where her interest in alternative dispute resolution was well known. As a 1L student, she started the ADR program and was soon dubbed the “Queen of ADR” by her classmates and professors. One particular professor encouraged her enthusiasm with a surprising offer.

“During the first year of law school, my civil procedure professor planned to spend one class on ADR toward the end of the semester, and he asked me to teach the class,” Berman said. “Obviously, I was nervous, but it felt so natural that I knew immediately that it might be something for me to pursue.”

Berman joined STCL Houston in 2011 and was promoted to director of the Frank Evans Center for Conflict Resolution in 2013. Under her leadership, the center’s students have earned 21 first-place finishes at national and international ADR competitions. In 2021, the law school’s dispute resolution program was ranked 19th in the nation by U.S. News and World Report.

“Our students are eager, committed and extremely talented,” Berman said. “It’s amazing to see them grow and flourish – and to stay in touch with them after they graduate. Many of them volunteer to coach teams and continue to help our program, and I enjoy keeping up with the paths they find for their careers.”

In addition to her role as director of the Frank Evans Center at STCL Houston, Berman teaches alternative dispute resolution, a mediation clinic, and courses in mediation theory and practice. She infuses her teaching with the realities of post-graduation work.

“Professor Berman exemplifies the innovation in legal education for which STCL Houston is well known,” said President and Dean Michael F. Barry. “Her peers at other law schools laud her for breaking new ground when it comes to teaching dispute resolution skills to our students. In addition, Professor Berman’s creative approaches close the gap between classroom theory and practical application, providing our students with experiential learning opportunities that prepare them to excel as attorneys, negotiators and advocates from the day they graduate.”

Among the initiatives contributing to the center’s sterling reputation for preparedness is the STCL Houston Inter-School Negotiation Practicum, which Berman launched in 2019. Since its inception, nearly 2,000 students from 40 law schools have taken advantage of the opportunity to practice their negotiation skills in a one-on-one, month-long exercise with a student at another law school. The students utilize actual litigation documents and benefit from an unfamiliar adversary while also facing the common challenges that come with a long-distance dialogue.

Along the way, the center is also strengthening the valuable connections between STCL Houston and the city’s legal community. Several times each year, Berman and Associate Dean and Professor Catherine Burnett teach a 40-hour Basic Mediation Training for Lawyers. Practicing attorneys seeking their mediation certification work side-by-side with the law school’s students during the course and are often impressed by their less experienced cohorts.

“We have former judges, managing partners of law firms and other accomplished lawyers sign up for the training,” said Berman. “Not only is it beneficial for students to observe and learn from practicing attorneys, it has also resulted in students getting jobs because the lawyers have been so impressed. So it’s a truly unique opportunity you won’t find at other law schools.”

Berman completed a Bachelor of Science in Business Administration with concentrations in human resource management and psychology at Georgetown University. She earned her J.D. from American University in 2007. During her time there, she founded and served as president of the ADR Society and was elected to the Order of the Coif. She returned for the 2008 and 2009 fall terms as an adjunct professor, teaching an ADR seminar. She also served as faculty advisor for the Society for Dispute Resolution and helped to coach in domestic and international ADR competitions.

Prior to joining STCL Houston, Berman practiced at Hogan Lovells’ Washington D.C. office, where she worked on matters regulated by the Food and Drug Administration and Federal Trade Commission, assisted corporations responding to investigatory actions and managed a team of contract attorneys.

Berman compares working at STCL Houston to being a part of a family. “I love that new initiatives are encouraged here, and everyone is so supportive,” she said. “It’s just a wonderful place to work.”