For the first time in 97 years, an Hispanic law student has taken the helm as editor-in-chief of South Texas Law Review at Houston’s oldest law school.

His fellow students at South Texas College of Law Houston (STCL Houston) recently elected Gaspar Gonzalez editor-in-chief of the school’s esteemed student-led journal. He will serve in this role for the 2020–2021 academic year and hopes to build on the strong foundation of the journal, build collaborative relationships among fellow members of the journal, and publish excellent articles for the legal community.

Before beginning his legal studies, Gonzalez served as a music teacher for six years, most recently at Longfellow Elementary.

“It is a huge honor to be elected as editor-in-chief of the South Texas Law Review,” said Gonzalez, a third-year law student at STCL Houston. “Even though South Texas is the oldest law school in Houston, the school has made its mission to be one of the most diverse schools in the country. And I truly believe that we are.

“Because this isn’t the story of the first Hispanic editor-in-chief of our law review, but rather the story of our school’s commitment to lead the charge and break the so-called glass ceiling. It is an example of what our alumni, faculty, staff, and the student body of STCL Houston represents: hard work, integrity, and dedication.”

At its inception, South Texas Law Review was the only law review in the nation edited entirely by students of an evening law school. STCL Houston expanded to include daytime classes in 1977.

“I am expecting another great year for the Law Review,” said Elizabeth A. Dennis, assistant dean, associate professor of Clinical Studies, and faculty advisor for South Texas Law Review. “In their first six weeks on the job, Gaspar and his board already have judged a record-breaking number of write-on competition packets and held orientation for new members.”

“I am very fortunate to belong to a school that values and rewards those who work hard,” said Gaspar. “And I am thrilled to have the opportunity to lead this great school’s Law Review.” 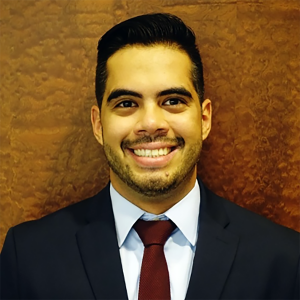 For the first time in nearly a century, Gaspar Gonzalez, a third-year student at South Texas College of Law Houston, has taken the helm as the first Hispanic editor-in-chief of the school’s South Texas Law Review.