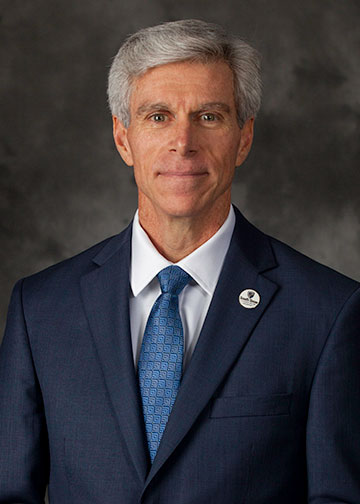 For more than two decades, he has provided confident leadership, innovative strategies, actionable recommendations, and practical management to Fortune 200 clients, in higher education, and in community service.

Barry joined South Texas in fall 2019 after serving as assistant dean and practitioner in residence at St. Mary’s University School of Law in San Antonio, Texas. Among his responsibilities were developing new programs; increasing outreach to partners, donors, employers, and alumni; supporting and fundraising for initiatives that benefited St. Mary’s University and its students and alumni; managing law school operations to support faculty and student needs; and developing and teaching courses and extracurricular programs. Bringing business acumen, budgeting, change management, and leadership skills from his years in legal practice and in business, Barry initially designed St. Mary’s University School of Law’s comprehensive Law Success academic support program, became a leader in using data to support student success, and directed operations and budget for the School of Law. An engaged teacher, Barry excels at bringing real-world experiences into the legal classroom.

After graduating from the University of Virginia with a double major in English and Religious Studies, Barry received his law degree from Yale Law School. After graduation from Yale, he clerked for the Hon. Royce C. Lamberth, U.S. District Court Judge for the District of Columbia, and for Chief Judge Gerald Bard Tjoflat, United States Court of Appeals for the Eleventh Circuit. Barry then entered private practice in Phoenix, Arizona, where he litigated and tried cases involving patent infringement, financial services class actions, breach of contract, and Indian law in both federal and state court. He then joined Capital One in Richmond, Virginia, where he created and ran the litigation department. While in Richmond, Barry taught trial and appellate advocacy as an adjunct professor at the University of Richmond School of Law.

He then served as a senior executive at USAA in San Antonio, Texas, where he was senior vice president and deputy general counsel and led a legal staff of more than 350 people. At USAA, Barry ensured that the legal department established comprehensive and proactive legal and regulatory strategies to enable USAA’s insurance and banking businesses. While at USAA, Barry also worked on the business side, overseeing USAA’s Corporate Development, Global Service Delivery, and Operational Excellence divisions, as well as USAA’s Alliances businesses.

Barry continued his education by earning a Master of Arts in Theology from the University of San Francisco in 2009.

During his time in San Antonio, Barry served on the boards of several community service organizations including the San Antonio Lighthouse for the Blind, the Alamo Colleges Foundation, and The DoSeum. He also served as a member of the Board of Visitors for Southwestern University in Georgetown, Texas, and on several boards for the Archdiocese of San Antonio. He was a member of Class XII of Masters Leadership Program of San Antonio and Bexar County and directed the RCIA program at St. Anthony de Padua Catholic Church.

In 2018, Barry became the 107th member of the 50-sub-4 Running Club, composed of runners who have completed a full marathon in under four hours in all 50 states.

Barry has been married to his wife, Lee, for 28 years. They have two daughters, Kate and Lizzie.